An iDENTITY in CRISIS 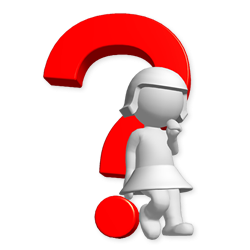 IDENTITY is a subject that was at the core of one of the 20th century’s most cited psychologist, Erik Erikson. His 5th of eight stages of psychosocial development mentions a term that has found its way in lecture theatres as well as the walls of corporate boardrooms. And whether or not its use is appropriate in all these scenarios is a discussion for another day. For now, let’s consider the reality of an identity in crisis.
Adolescent years are years that are full of questions. Who am I? How do I fit in? Where am I going in life? Questions which need to be explored deeply if one is to escape the dangerous trap of identity confusion that has ensnared many beyond the ages of 18 with dire consequences. According to Erikson, individuals should be allowed to explore and conclude their own identities without being pushed to conform to external prejudices and views if they are to escape identity confusion (…and I believe informed guidance could help)
Problematic identity issues leading to identity crisis could culminate in disaster. Antisocial and delinquent behaviours have been linked to identity crisis, as individuals attempt gain identity by fitting into groups or doing deviant things that get them attention.
Four levels of Identity have been found thus;

i)          Identity Diffusion: One hasn’t figured out their identity, who they are, and they are not seeking to resolve any identity issues. They don’t know the answer to who they are, and are not bothered to find out.
ii)          Foreclosure: An individual is termed as ‘foreclosed’ when they have an identity, either as copied or informed by parents, friends, or significant others, and are not experiencing any form of identity crisis. Where an individual quickly commits to an identity without exploring other options and alternative perspectives of self-identity discovery
iii)       Moratorium: At this level, individuals are in a crisis, asking and seeking answers to the questions of self-identity discovery, exploring all possible alternatives and ideas, ready to resolve the crisis. They display low commitment and high exploration.
iv)          Identity achievement: This is the level in which individuals have addressed identity issues and resolved any self-identity crisis. People in this level make well thought out personal commitments, and have highly developed believe and value systems to the various aspects of their lives. At this level, as much as commitment is solid, exploration is still actively high.


WITHOUT AN IN-DEPTH UNDERSTANDING OF YOUR UNIQUE SELF, YOU RUN THE RISK OF UNDERESTIMATING YOURSELF, as you get ensnared by the deadly trap of comparison. Knowing you helps you choose activities, pursuits, friends, and role models (personal or professional), that are in tandem with the person you are, leading to less inner conflict, the presence of which drives many people to deviant behaviours in attempts to resolve the inner turmoil. When you understand that you are unique, it is easier to appreciate others as unique, without requiring them to fit into some general categories of behaviour. Individuals who are growing in their levels of self-awareness run a lower risk of succumbing to negative pressure, since they are not caught up in the constant need for validation by fitting into a group, rather, to stand out as unique.
Posted by Steve Muthusi at 11:26:00 No comments:

To the new student of psychology, and anyone who knows a little psychology, the name Sigmund Freud may bring to mind the picture of a patient lying on a couch sharing their deepest and darkest secrets to a psychoanalyst. The idea is to have the patient share their experiences, relationships and the way they see the world. By so doing, the psychoanalyst can bring to the patient’s consciousness any unconscious bases of feelings, behaviours, and/or any childhood experiences that might explain a behaviour or emotion (adaptive or maladaptive). This thought might again be considered the layman’s understanding of the subject matter of psychology.
The Psychanalytic approach to psychology, a collection of theories by Sigmund Freud posits that
a)      How one behaves and feels is as a result of unconscious motives
b)      Actions and emotions, both adaptive and maladaptive behaviours, emotions, and psychological problems can be traced back to childhood experiences
c)      All behaviour, including parapraxis, (Freudian slip, slip of the tongue) has cause in the unconscious, and therefore predetermined
d)      Personality is tripartite, consisting of the ID, EGO and the SUPEREGO
e)      Eros (the sex drive and life instinct) and Thanatos (the aggressive drive and death instinct) are the two instinctual drivers of behaviour.
f)       The ID and the SUPEREGO are constantly in conflict with the EGO (the conscious part of the mind) a conflict creates and anxiety, necessitating the deployment of defense mechanisms (a mental process such as repression or projection, unconsciously initiated to deal with or avoid anxiety.
g)      During different times in childhood, (psychosexual stages of development), as drives get modified by different conflicts associated with each stage, personality is shaped.
The above views indicate that psychodynamic theory is a view that explains personality in terms of conscious and unconscious forces, such as unconscious desires and beliefs. The Psychodynamic approach emphasizes systematic study of the psychological forces that underlie human behavior, feelings, and emotions and how they might relate to early experience.
Psychodynamic psychotherapy takes the form of depth psychology, the primary focus of which is to reveal the unconscious content of a client's psyche in an effort to alleviate psychic tension. In this way, it is similar to psychoanalysis.
Unconscious psychological forces impact the processes of human development. Unlike common statements like ‘what you don’t know can’t hurt you,’ the psychodynamic psychologist believes the opposite.


Defense mechanisms protect individuals from unwanted memories and inner conflicts. In this approach, successful therapy is about coming to terms with one’s defenses.
Posted by Steve Muthusi at 08:10:00 No comments: